Part of the reason I decided to do a Grim Reaper Broadhead review is because they are not the most popular. I know advertisement brings us outdoor programming but hunting shows are dominated with Rage Broadhead commercials. This is not going to be a sympathy post for the smaller underdog company. This is going to be a broadhead review for a lesser known head that kills deer.

Before getting two deep into the Grim Reaper Review let’s take a quick look at other broadheads I have tried. 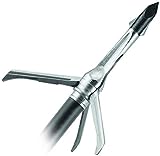 Grim Reaper VS Rage and Others

I screwed on my first Grim Reaper Broadhead in 2010. Instead of basing my decision on commercials I decided to consult with the hunting public. Searching through deer hunting forums and archery forums left no shortage of opinions. I opted for the Grim Reaper Razortip 1 3/4″ broadhead. Three years later they are still on the end of my Carbon Express arrows and I have been more than pleased with their performance.

It is my recommendation to stick with the Extra model or smaller.  Grim Reaper does make a 2inch cut model but it is overkill and over sized for most bows.  I get much better penetration with the Extra 1 3/4 model and don’t think the risk is worth the extra quarter of an inch

No Rubber Bands for Grim Reaper

The Grim Reaper Razortip design requires no orings or additional hardware to secure the blades. The unique design is based upon a tension system spring that keeps the blades securely restrained until impact. Upon impact the blades will fold rearward. All entry holes that I have witnessed have been substaintial. It was more than evident that ALL blades had deployed upon impact.

The tension spring system does a very good job at holding the blades in place. Broadheads in the quiver remained silent and rattle free. Arrows that were nocked and ready for the hunt were also silent. Bumping the arrow on a limb or tear did not result in any noise what so ever. The blades do open very easily with rearward force but normal bumps and movement have no effect on the broadhead. Deer hunting gear must remain silent and reliable and the Grim Reaper accomplishes both.

The Grim Reaper blades are slender and very rugged. I have never broken or lost a blade. This may be due to the slinder size and how they are fastened to the ferrule with a ring. Having one point of attachment may mean more flexibility and ultimate better durability. Several of my Grim Reaper Razortip Broadheads have killed over 4 deer.

The blade design and arrangement also aids in penetration. The Grim Reapers are one of the best penetrating heads that I have shot. The thin blades have less surface area and thus have less drag. The swept back blade angle after deployment is the primary reason for incredible penetration. I have complete quartering pass throughs on bucks at yardages over 40 yards.

A Grim Reaper Razortip Extra 1 3/4 broadhead was used in this bowhunting video. The deer fell on camera so that is the best testimonial for a broadhead

Better arrow penetration means more pass through shots and pass throughs mean better blood trails. The three blade 1 3/4″ Razortip leaves a fairly impressively wound channel. The Grim Reaper slogan is “watch em drop” and I have seen most of my deer drop within site of the tree stand.

After nocking the arrow be sure to test each blade and verify that it can open with minimal fingertip pressure. You are just making sure that debri is not blocking the movement of the blade or the tension spring. This is a very easy check to perform and a heck of a lot better than dealing with orings and rubber bands.

Think about all those hunting shows when the Rage only penetrates half way through the deer? The three blade Grim Reaper has never had any trouble making it through the rib cage. Tuning the head is a no brainer. It shoots just like a field point. The profile of the practice head is exactly like the real head. This is a very important point to keep in mind when shopping for a broadhead.

Replacing the blades on a Grim Reaper Razortip is very easy. Simply unscrew the broadhead and remove the spring tension cup and slide the blades off the ferrule. Replacement blades are pretty inexpensive and can be purchased directly from the Grim Reaper site. The only downside I have seen with the Grim Reaper Razortip is the aluminum ferrule. The design is solid and dependable but can be expensive if you hit shoulder bone. The tip of the GR is very similar to the Trocar tip of the Muzzy.  The broadhead will still kill the deer but will likely bend and become impossible to reuse. The head never broke in the animal.

Season opened here in NC last week and my dad has been focused on filming a deer hunt. He finally had good light and everything lined up this week. He is an xbow hunter and the Grim Reaper Xbow broadhead did some serious work. Below is a picture of the entry wound. That brings us to the conclusion of my Grim Reaper Broadhead Review. Hopefully it gives you something to think about before selecting a new broadhead. At a minimum I hope you remember to keep an open mind and not just follow the masses. There are a lot of great products out there and Grim Reaper is not well known but they make a heck of a broadhead.  I still recommend Grim Reapers to my hunting buddies.  They are worth every penny and have Never let me down.

If you have questions about Reapers please post them below and I will do my best to answer them.  If you have experience with these broadheads then please leave a review if you have minute. 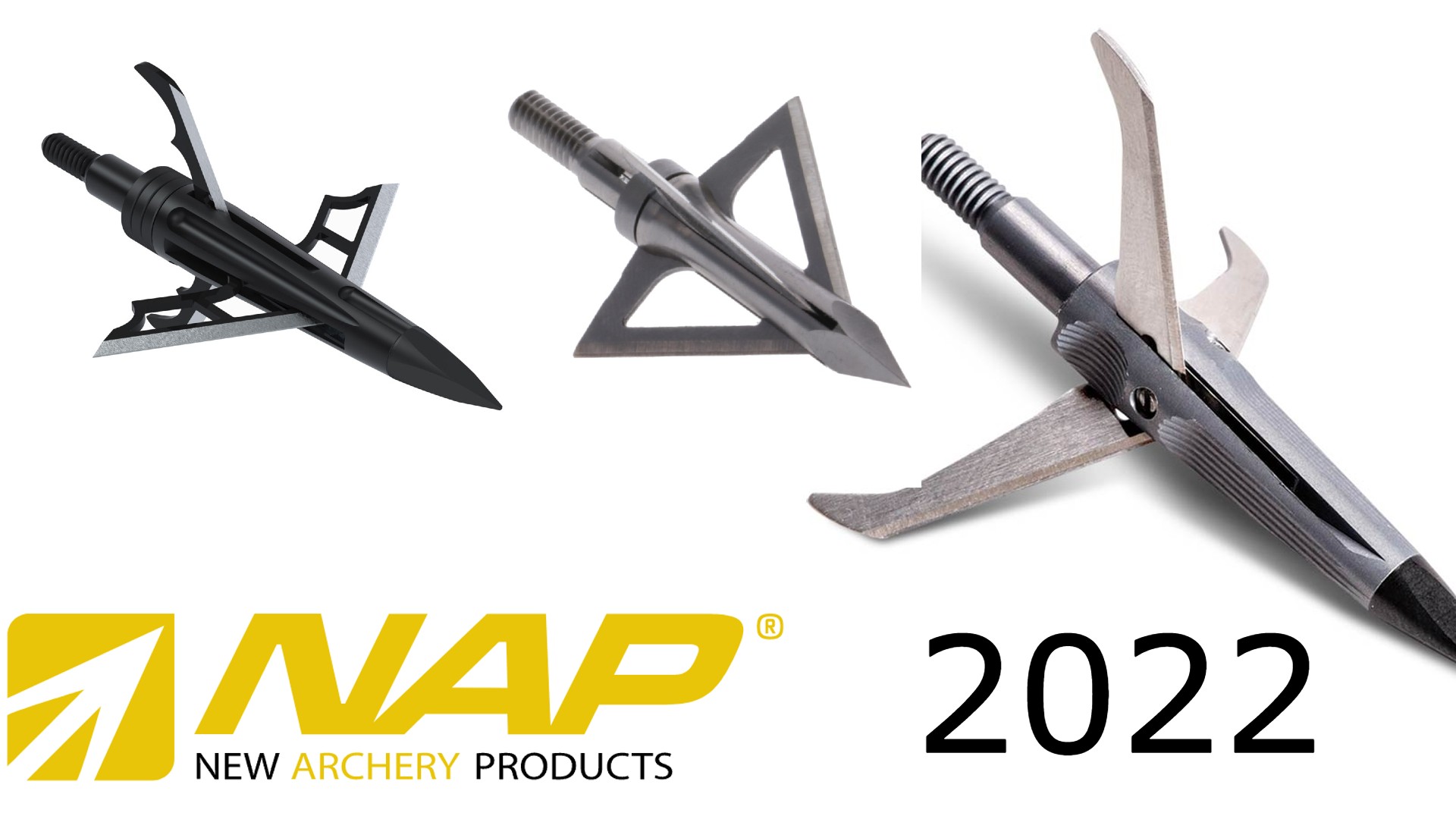 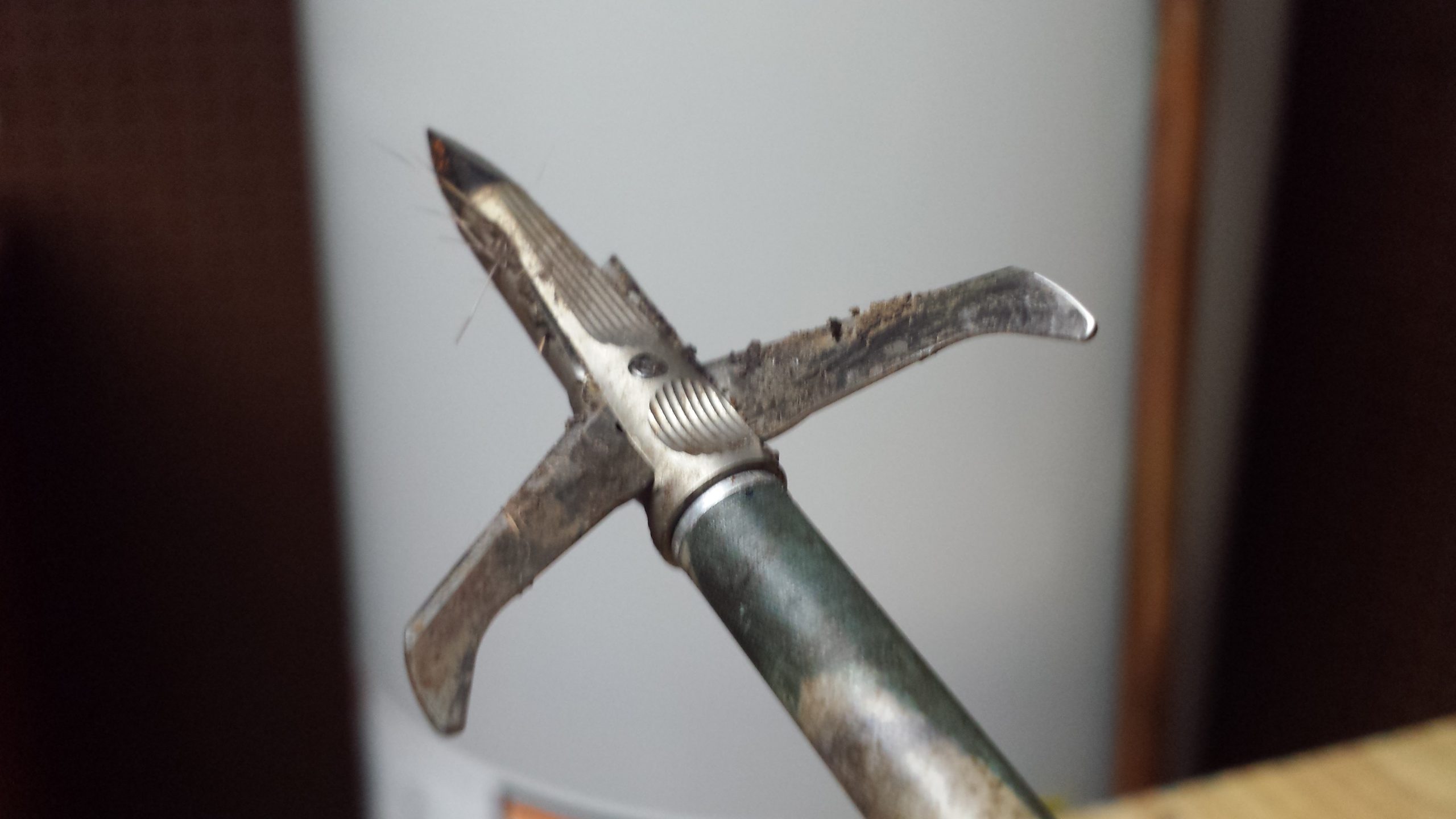