Filming Hunts From a Ground Blind

I had recently written an article about hunting with ground blinds and in it I mentioned tripods and photo gear placement, but now I would like to make some specific comments about filming your hunt from a ground blind.  There is no mistaking the popularity today of hunters filming their own hunts and capturing their harvest on high quality film.  After all, pretty much every hunting television show is about just that; seeking out mature deer and accurately documenting the entire experience.  It’s exhilarating to watch on the TV screen so why wouldn’t individual hunters want to experience the same thrill first hand and have their harvest preserved on film?

Whether you’re on a budget or money is no object, the techniques of filming hunts from a ground blind are essentially the same only your equipment may be a little more expensive than others.  Let’s say you’re filming the hunt yourself without a camera man, if that’s the case it will be more challenging but not impossible.  In a ground blind you have a lot of options for which window to shoot out of, the important part is that wherever you place the camera, you want an unobstructed view of the target area.

I prefer an archery window that is closest to me.  For most of the hunt, it is out of the way of my feet and gear, has a pretty good FOV and height adjustment, it helps to square off two of the front legs with the front edge of the blind then extend the rear leg out farther so that the camera is pushed into the window and allowing you to capture a wider angle.  By doing this you will be offsetting the tripod’s center of gravity and you will need to strike a balance between best positioning and stability – the last thing you want is to have the entire tripod fall over during filming.

Another thing to consider when positioning your tripod is reach.  Can you reach the camera easily enough to activate the viewer, focus knob; REC button and tripod handle with ease? If you’re wearing gloves, can you open the flip screen, focus and press REC?  Do I have a good viewing angle on the camera viewing screen to be able to see it clearly in all lighting conditions?  Also, you need to take into account arm fatigue.  I don’t know how many times I’ve seen movement in the distance, reach for the camera and there’s a doe 15 yards away staring me down.  Of course your instincts are to freeze and you do!  Your camera arm is extended and exposed; how long can you hold that pose?  Normally in my case the doe wins and I get busted.

Work out the Bugs

Once you have got the tripod set and your camera attached, turn on the camera and do a dry run to make sure framing and stability are accounted for.  This also helps you not to forget things like the lens cap and focusing features – maybe even condensation.  I like a tripod that has good fluid tilt and pan these features.  You can get this on more expensive models but they’re not necessarily out of reach for the hunter on a budget.  Test this out as well for what I call for lack of a better term “ratcheting” which results in not so fluid movement when you first move the tripod steering handle.  Too much “ratcheting” will make your video look slightly less professional and will need to be edited more closely.

When I first see movement I don’t always turn the camera on unless I need some relevant B Roll footage.  Sometimes I just sit and watch how it all plays out and if I feel something is about to happen I will flip the viewer open and frame and focus as if I was going to record.  This will save on battery and storage space.  Knowing deer behavior can help significantly; recognizing what a doe does when she’s marking an area, or watching other deer in a field all turn in sync and stare into the wood line are all good indicators that maybe something is about to happen and you should be thinking about getting the camera operating.

Once you have a subject in view, get the hunting camcorder on and don’t get too excited and forget to hit the REC button!  It will happen to all solo cam operators at some point in time; my first time was the first pig hunt I tried to film.  It was broad daylight at 40 yards with no obstructions.  I had the camera perfectly framed, the hog was stationary and everything was in focus.  After the shot and the hog went down, I couldn’t help feel that this was some great footage!  I wasn’t until I had shot at two other hogs that were trailing did I realize I had forgot to hit the REC button.  It happens.

When framing, try and leave yourself some room for the animal to move slightly and still remain on camera.  Remember, once you have nocked an arrow and attached your release or are at full draw, you essentially have no hands to make adjustments.  Same thing with gun shooting, if you have to make a camera adjustment, more than likely you have just ruined your gun weld and sight picture and it takes time to regain just the right fit.  Try and glance over at the viewer gust one more time before you send it down range and hopefully everything has worked out.  Go collect that magnificent animal and don’t forget to take some stills posing the animal in a respectable pose that brings dignity to the animal and provides you with a permanent perfect memory of your passion for the hunt!  Deer hunting is great and capturing the hunt on video is even more rewarding, 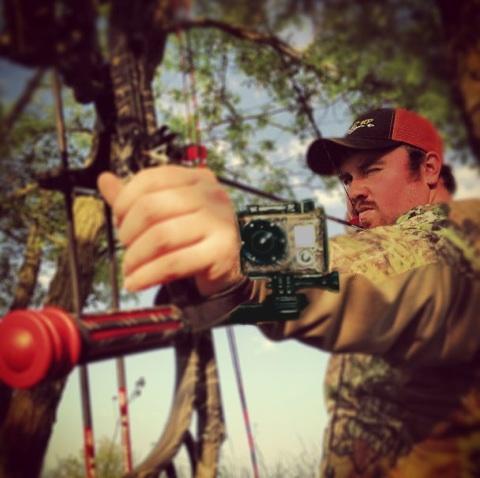 No Go with GoPro 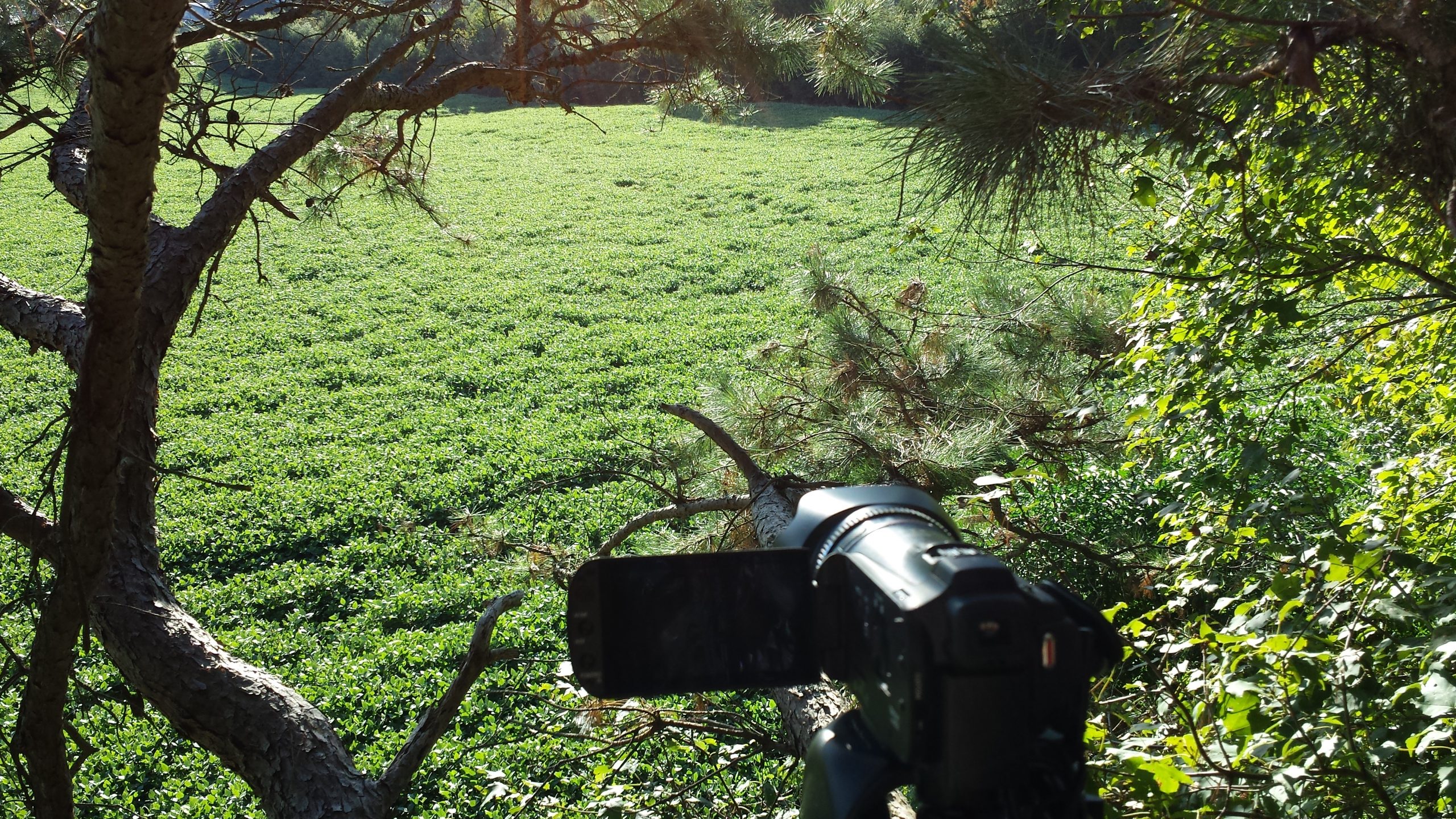 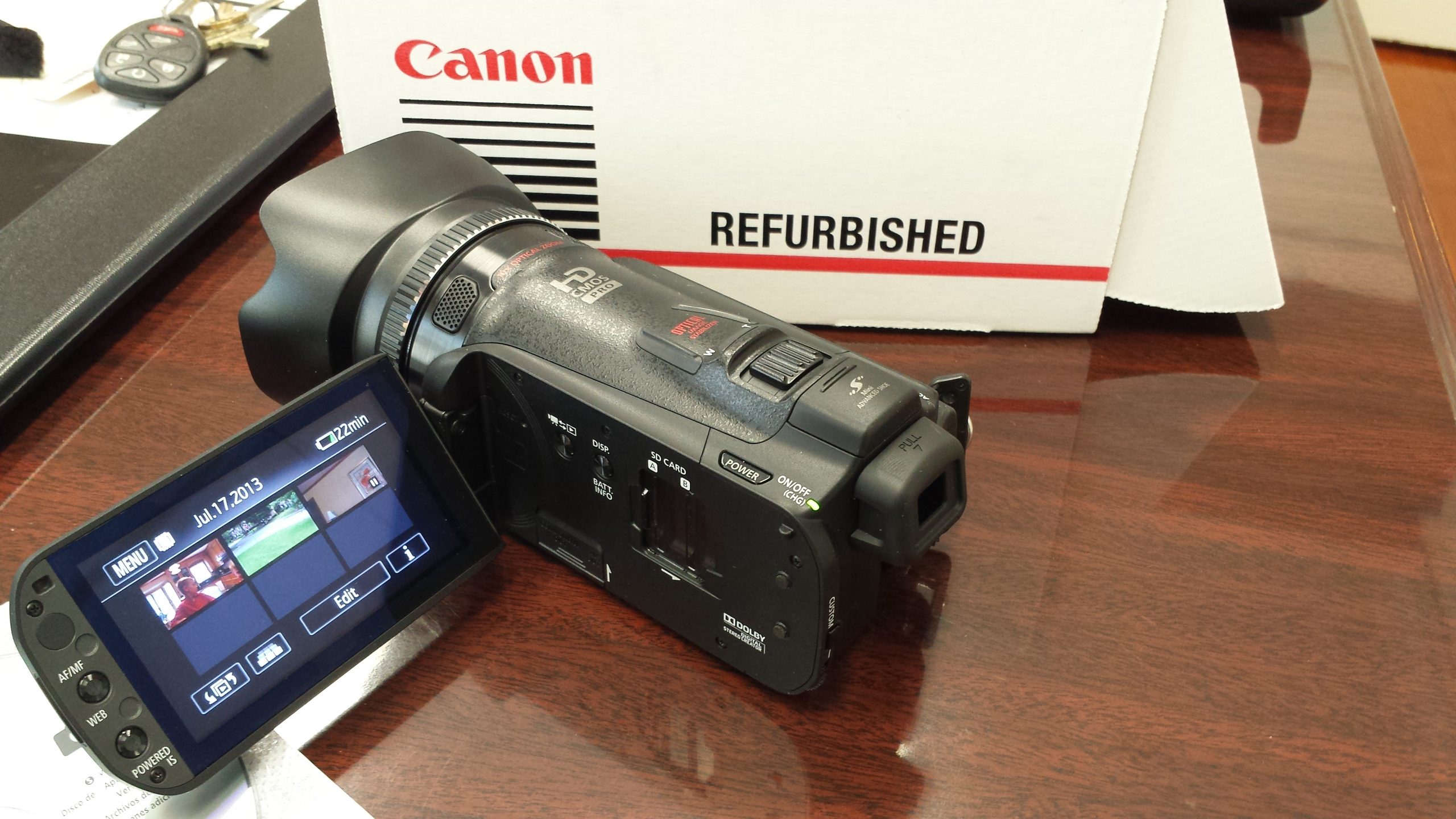